I received an interesting enquiry the other day…

The Deputy Editor for the UK’s biggest-selling specialist fruit and veg gardening magazine, Grow Your Own, has asked if you can answer some questions for them”.

“We’re putting together a feature on food gardening in Australia (not an easy task as we’re based in Colchester!) and we’d love to get your perspective on the differences between the two counties. If you could write a quick reply to each of the following questions, it would be a big help”.

I gardened in Colchester (on and off during school and work holidays) between 1967 and 1991 at my great aunt Vera Coleby’s home. That property originally belonged to her father, William Coleby (my great grandfather), a market gardener. William had the family house built at 16 Fitzgilbert Road, Shrub End. It covered 1/2 acre up to around 1969, by which time it had be subdivided into three plots. William grew cut flowers, fruit and vegetables there and sold them through the family run greengrocer shop at 37 Maldon Road. That shop was the first in Colchester to be illuminated by an electric lamp…

Question
What made the greatest impact on you when you first arrived in Australia? The untouched bushland must have been a big contrast to Kew Gardens.

Answer
This London gardener found the wild, gardenesque Kwongan landscapes, the flora and the fauna, to be paradise on Earth. I felt as if I had stepped out of a London gardening life of monochrome into one one of glorious technicolor. Every indoor plant grown in the UK can grow outdoors in Australia. Things also tend to grow bigger and better. Some, like asparagus fern, grow so well they’ve become invasive weeds. Australia grows rubber trees to die for.

In Australia I discovered new species and new varieties of species. Some that I photographed, like a new variety of Verticordia ovalifolia, had never before been seen. I discovered Darwinia polychroma, an endangered species, growing in Winchester. Whilst botanising with Charles Chapman, we jointly discovered Hensmania chapmanii. Many of the plants I exported back to Kew, like  Chamaexeros, Corynanthera, Lawrencia and Spirogardnera are uniquely Australian, they’re vegetable koalas. The Australian House at Kew was refurbished with plants raised from this propagating material. I exported something like 450 species. None had ever been grown in Europe before.

Q
How would you say the growing conditions in Brisbane compare to those in the UK?

A
Outstanding. Our winters are better than the best British summer, suiting many temperate annuals. Our summers suit many subtropical and tropical annuals, perennials, trees and shrubs.

Q
Is the climate similar in any way? Do you have any growing tips that could be handy for our readers?

A
Our climates are diametrically opposed. In Brisbane, UV varies between high to extreme. Sunny weather predominates. Evaporation always exceeds rainfall, so irrigation is essential for quality food production. The ideal formula is to store a minimum of 10,000 litres of rainwater per 100 square metres of food garden. I get by during drought (under a hose pipe ban) by storing 7,000 litres per 100 sq m.

Rainwater is used in the house, and a waste water system collects and purifies this ‘black water’, reliably providing 350 litres of waste water per day. The waste water contains nitrogen and phosphorous, and I use this to hand water crops. Using waste water to grow my own makes my home unique in Queensland.

Brisbane has a testing environment, and while we will always have warm seasons and cool seasons, no season ever has repeat conditions. The subtropics are a wonderful location to demonstrate the effectiveness of organic gardening – it keeps you on your toes!

Q
Our readers are veg and fruit growers and used to slugs, blight and rainy weather. What would you say are the most common problems for food-gardeners in Australia?

A
The grasshoppers are bigger than plague locusts! My Brisbane garden is in a humid, sub-coastal region. It’s almost frost-free. The subsoil never cools below 16.2C. Moist, warm soil allows damping off and root rot fungi, bacteria and root knot nematodes to be common foes. Our fossil soils and leaching rainfall can result in various nutritional deficiencies. Soils need liberal applications of organic matter and mulching is important.

Q
Can you tell us about the sustainable garden you’ve created at Bellis? Have you had success with pineapples, bananas and other food crops that wouldn’t thrive in the UK?

A
Nine years after its inception, Bellis remains unique in Queensland since my food is grown using recycled waste water. Bellis is an integrated system, a model of affordable, sustainable living. It deals with our virtual ecological footprint. The three hundred square metre food garden provides a surplus of food all year round for the three denizens. Bellis is flexible and adaptable: it’s Climate Change-ready. Five years of drought and two summers of floods didn’t affect productivity. I used my great grandad William Coleby’s garden and my grandparents ‘Dig for Victory’ gardens (both in London) for inspiration.

I grow all seven kinds of banana permitted under Queensland law. Five types of pineapple can provide fruit over eight months of the year. This winter was particularly good for mushroom-growing. In late winter there were 170 different kinds of edible plant on the menu: fruit, herbs, vegetables, wild greens and spices: anything from roots, shoots, pods, leaves, stems, fruit and seed to petals.

Q
This feature will be appearing in our December issue. Will you be eating any home-grown food on Christmas day? What will you be harvesting in December and January, while our readers pull up their parsnips and pick Brussels sprouts?

A
Summer in Brisbane means stir fries, green banana curries, green pawpaw salad. We toast the New Year in with home made Davidson’s plum gin (our variation of Sloe Gin). Davidson’s plum is a small tree unique to rainforest on our east coast. We’ve dubbed our tipple ‘Bellis gin’. 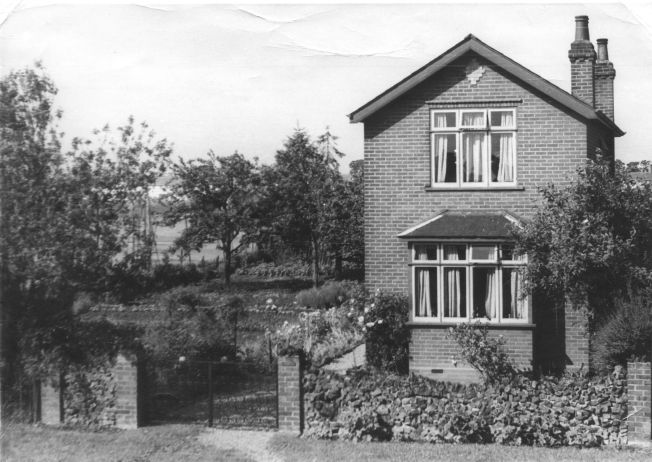 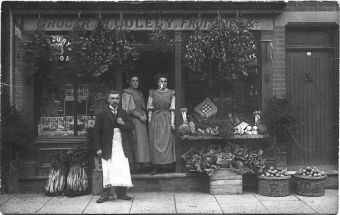 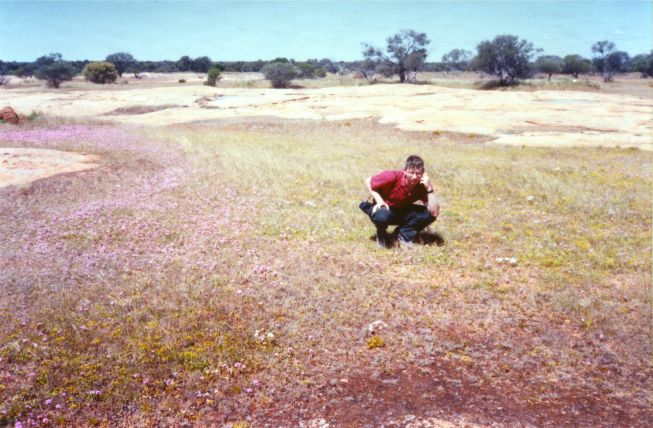 Botanising on my botanical scholarship to Western Australia in 1982. Amongst a field of Levenhookia, a uniquely Australian plant

Botanising on my botanical scholarship to Western Australia in 1982. Looking for Levenhookia

Charles Chapman and I spent a lot of time intensively botanising kwongan habitat. I discovered Darwinia polychroma, the Harlequin Bell near Winchester. WA, 1982