A gardening friend from Java mentioned he’d never visited Gunung Bromo. It’s in the Bromo-Tengger-Semeru National Park, one of the Indonesia‘s many natural wonders. Gunung Bromo and Gunung Semeru are active volcanoes, unfortunately it was too dangerous to visit the latter, it was particularly moody.

This shot is deep within the Tengger Massif, an enormous extinct volcanic crater. Gunung (Mt) Bromo is to the rear. 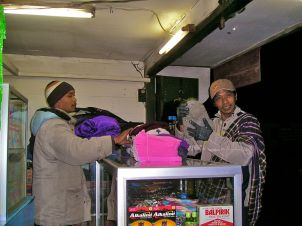 Agus, my driver, and his uncle (assistant driver) getting rugged up. Java’s highlands get nippy at night…

Asian honeybees in the lowlands on the way to Mt Bromo

Gunung (Mt) Bromo is constantly erupting. The smell of sulphur is omnipresent… 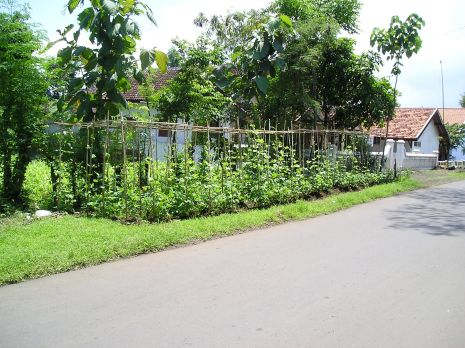 Dawn illuminates a native sheoak, Casuarina junghuhniana. This is one of the first trees to re-colonise land after an eruption, forming ‘cemara’ woodland.

Flowering clump of sedge (Cyperus sp.) in the Tengger Crater.

Flowering clump of sedge (Cyperus sp.) in the Tengger Crater. 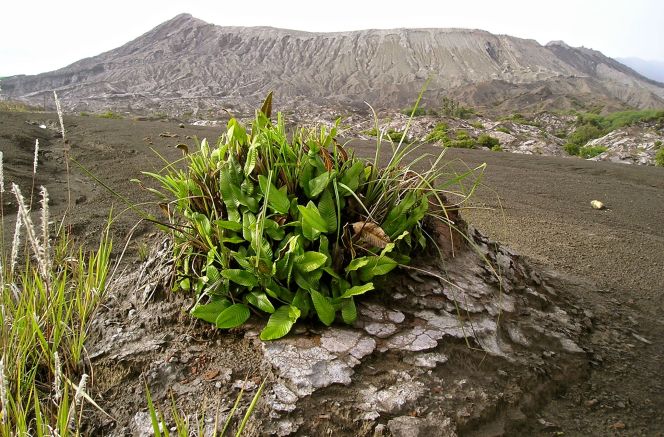 Pyrrosia, a photogenic species of fern that colonises trunks and rocks. The Sea of Sand, Tengger Crater, with Gunung (Mt) Bromo to rear. 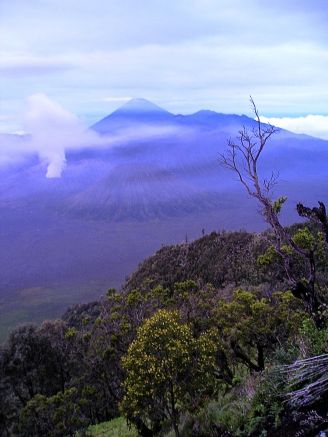 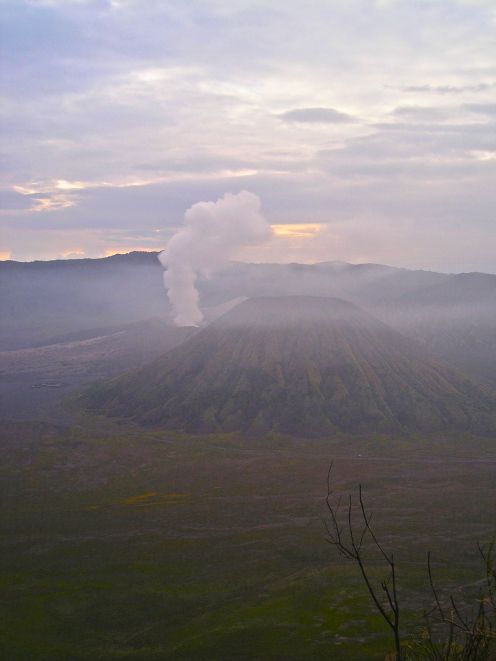 Tengger Semeru National Park as the sun adds colour, and a little warmth.

Poten temple, Tengger Crater. The Tenggerese are believed to be descendants of the Hindu Majapahit era, making them older than the Hindus of Bali.

Built with faith: Poten temple, in the Sea of Sand, is just a stone’s throw from Gunung Bromo’s lava flows. 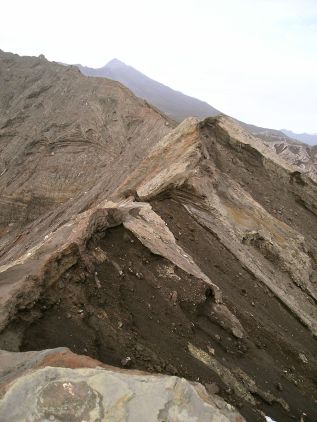 Vaccinium varingaefolium, a relative of the blueberry, thrives in the acidic, freely draining sandy soils on the moist flank of Gunung Bromo. 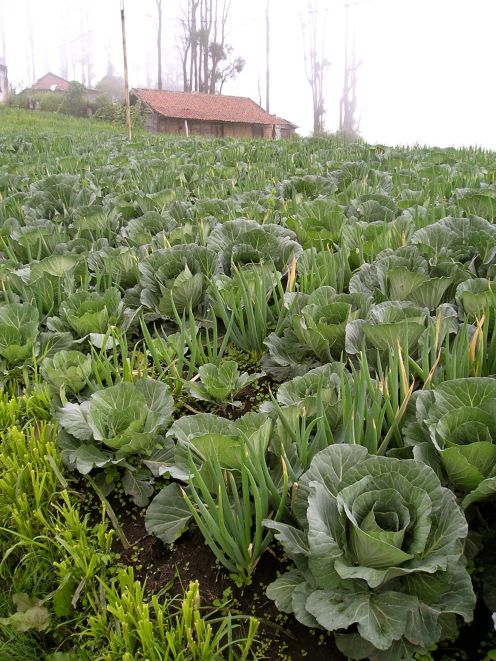 The main road that winds up to Cemoro Lawang and Gunung (Mt) Bromo.

The view from Cemoro Lawang into the Tengger Crater. 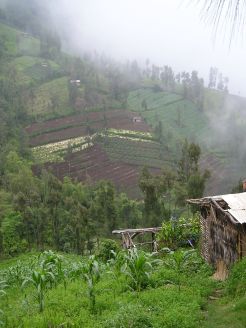 Mid-way up the road to Gunung (Mt) Bromo there’s a transition between lowland tropical crops, like pineapple and banana, and temperate crops of the highlands. 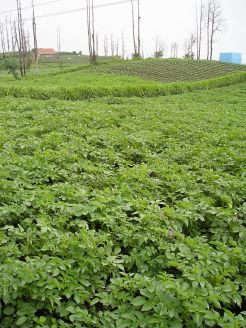 Javanese potatoes grow well in the highlands. Certified disease-free seed potatoes are unheard of, consequently yields (and farm incomes) could be improved.