This is a fictional letter. My father, John, who had been living for some years with Alzheimer’s, died shortly after I emigrated to Australia.

My sister and I looked after Dad at home for several years until he required full time professional care. During the period when his mind was failing, remembering our family and things we had done together was the main way to keep connected with him. And remembering times past was one of the few things that comforted him.

Seaweed and quadratic equations, or “If in doubt, do what Great Grandad would have done”

Just a short note (as always) to say thank you for being you.

First, I apologise for being me. With hindsight, you were almost always right. Let’s not mention my teenage gardening years again, OK?

Thanks for your support. I wonder how many gardening fathers would allow their son to rip out grandad’s rose, iris and carnation collection, to replace it with a slice of Perth’s bushland? You thought I meant Perth, Scotland!

Experimenting with Australian plants (that no one else was growing in London in the 1980’s) was pretty exciting. I ordered seed from Nindethana Seed Service in Western Australia and germinated them at work at Brockley Nursery.

You even ended up conspiring, chauffeuring me around so I could get mulch and seaweed! It’s too bad BBC’s ‘Gardener’s World’ didn’t film it for TV. At least I got to meet Geoff Hamilton at his garden in Barnsdale (Rutland). Thanks for the lobbying.

Your gifts of expertise changed my life. Without your tuition in maths and physics (or your advice on public service interview techniques for that matter) I probably wouldn’t have got into Kew Gardens. It’s worked out OK in the colonies. It’s thirty two years since that Kew-funded botanical expedition around Western Australia and almost fifteen years since I became an Australian citizen.

Thanks for teaching me to question accepted wisdom. While Kew was teaching me how to skillfully use chemicals, I remembered your number one gardening tip: “If in doubt, do what Great Grandad would have done”. Can’t believe it’s thirty five years since I returned to organic gardening.

Forgive me for leaving England, but don’t forget your Queen is still my queen. When I said I wanted to garden in exciting parts of the world, we knew becoming a student at Kew would make interesting things happen.

I’ve gardened in London, Edinburgh, Paris, Perth (WA), Sydney and Brisbane now. So far the plan to garden around the world in eighty years is definitely working.

Thanks most of all for passing on traditional family knowledge. About fruit farming, cut flowers, vegetables and ‘Digging for Victory’. It’s eleven years since I moved to Queensland and set up a 21st century home and garden.

I’ve tried to do a Victory Garden the way my Grandads would have. Just like Great Grandad had the first electric light bulb in his shop in Colchester, I’ve got the first domestic sewage system in Brisbane.

I wonder what Great Grandad would think of his favourite types of peas and cabbages being grown down under? 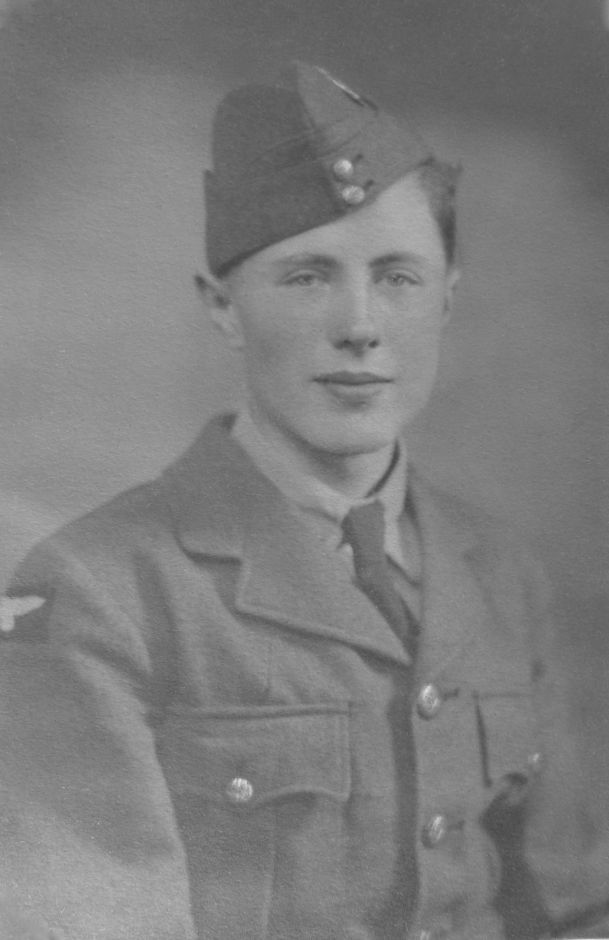 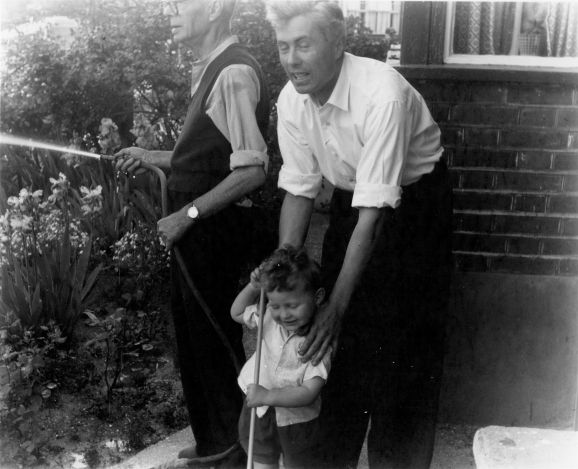 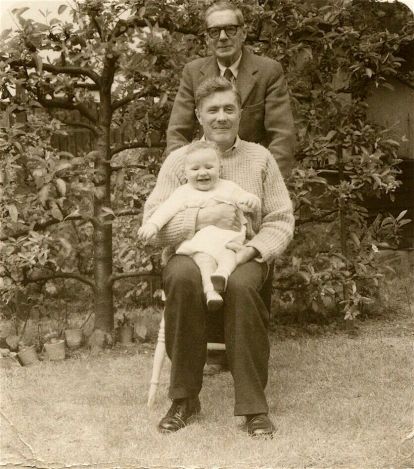