Two years without rain is a long time between drinks, but it’s not out of place in western Queensland’s desert uplands. It’s not true desert, it’s semi-arid. And the landscape isn’t dead, it’s resting.

With an intense El Nino developing, and a visibly drought-affected region, Barcaldine bloomed. With a population of under 1,400, Barcaldine’s Get Gardening! Expo attracted 600 locals and tourists to celebrate the region’s best food, wine, art, plants, gardens and gardeners.

Two years ago far western Queensland received record heavy falls of rain. Immediately they stopped intense drought started. In a hot, semi-arid climate, this kind of intensification tests everything living. It is just the kind of stressful experience the CSIRO anticipated for central Australia in its long term forecast for climate change detailed in their 2003 report.

At the time of publishing, it was the fifty year outlook. In 2004, I had an article discussing the implications of global warming for gardeners published in ‘Gardening Australia’ magazine. Our climate has been changing faster than anticipated, and two years ago the CSIRO admitted the changes experienced are twenty years ahead of ‘schedule’.

Covering an area of about eight million hectares (roughly the size of Tasmania), the desert uplands comprise of a plateau of elevated open woodland, now fragmented by clearing, half draining towards to Barrier Reef and half into the Lake Eyre Basin. It supports Mitchell grass, wire grass and spinifex grasslands and Gidgee (Acacia cambadgei), Ironbark (Eucalyptus melanophloia) and Bimble Box (E. populnea) open woodland. Now very dry and without forage, many farms in western Queensland have been destocked, leaving many families searching for ways to sustain tourism and find alternative incomes. The Farm Household Allowance helps.

Some places, like Bimblebox, operate as a model of sustainable grazing in a conservation area, the kind of combined landscape management I’m used to seeing applied in British National Parks. In other places, landscapes have been cleared. Currently eaten bare, emus and kangaroos have starved, reducing their populations. Between Longreach and Barcaldine, roadkill feeds the birds while an increasingly desiccated landscape rests, waiting for a summer storm to kick off the next growing cycle.

The soil at Barcaldine is sandy, hungry, alkaline and infertile. Termites abound – here they replace the environmental services performed by earth worms in cooler climates. Compost worms and Surinam cockroaches still help gardeners to make compost, but their services here are limited by extreme heat.

Arid summer winds scorch foliage. Succulents are known to explode in summer. The sunshine is so strong their water reserve sometimes overheats and steam bursts their skin. In Barcaldine, you don’t need to boil the kettle to kill oxalis and other bulbous weeds as I do. Here the artesian water is alkaline and piping hot so holding tanks are required to help it cool off so it becomes safe to use for watering. The town has all the hot water it needs, which is just as well because sometimes even cacti need their thirst quenched.

An exhibition of botanical art of desert uplands flora by artist Jenny Mace opened at the Globe, a veteran pub. The Globe had been acquired by council while on sale and, instead of being demolished, had been repurposed, upgraded into a hub with an information centre, bank, function centre and art gallery. A shrub border was planted by the community and the Globe was surrounded by the garden expo supported by local green business.

Events included the relaunch of the town’s bid for a regional botanical garden with a slideshow interpreting the traditional use of local plants: 77 regional ecosystems with 2,500 plant species.

Awards for winning entries from the towns of Alpha, Jericho, Barcaldine, Aramac and Muttaburra were presented during a slideshow of them (19.9.15).

The following day, a coach took local gardeners and garden tourists to view, and have morning tea and lunch at the best three winning gardens (20.9.15). Tourists? I was surprised how many holidaymakers had responded to radio interviews with gardeners on ABC Radio, Western Queensland and adverts placed in local newspapers. The coach tour was a brilliant way to share the best gardens, I just wish we could have seen all the winning entries in each of the five towns in the shire.

Was it inspiration or folly to hold a garden expo during extreme drought? Everyone I met was inspired by the Get Gardening Expo, it certainly was comprehensive and well organised and it brought the community together to celebrate life and gardening. 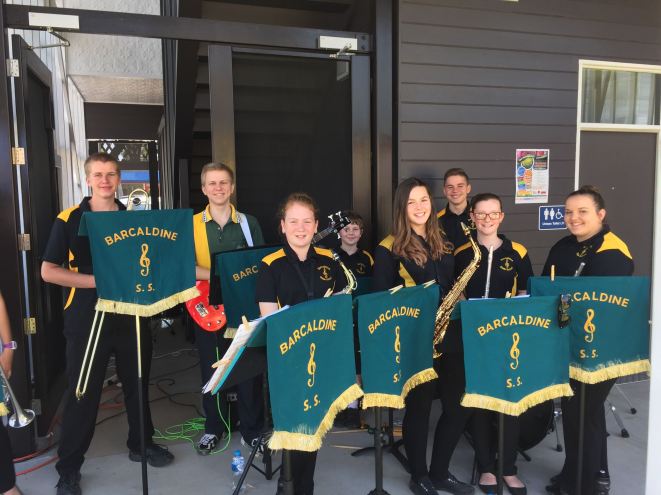 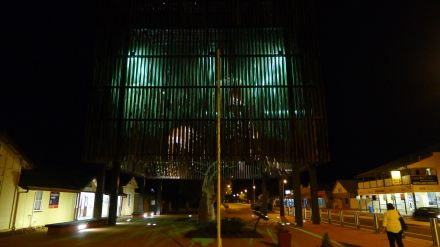 Rob Chandler, Mayor of Barcaldine Regional Council with the Tree of Knowledge 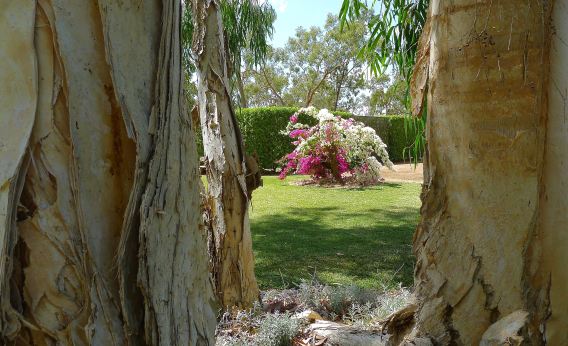 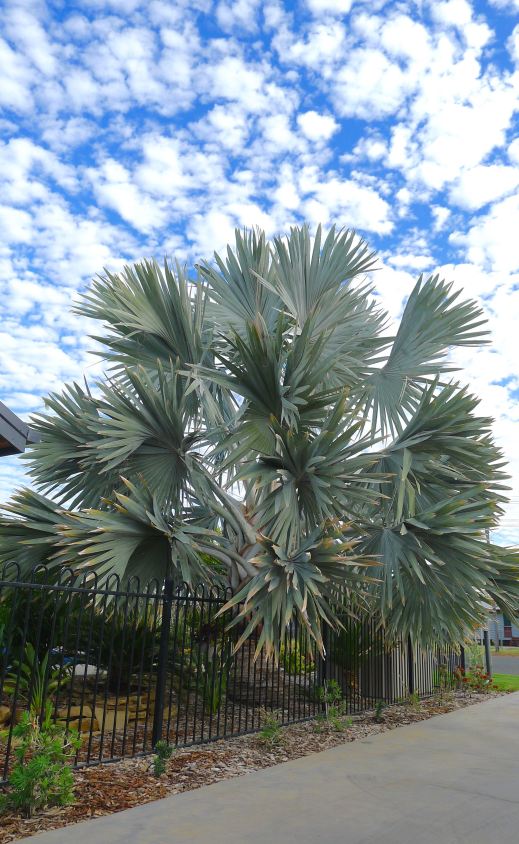 Bismarkia nobilis, a spectacular Madagascan palm that thrives in Barcaldine 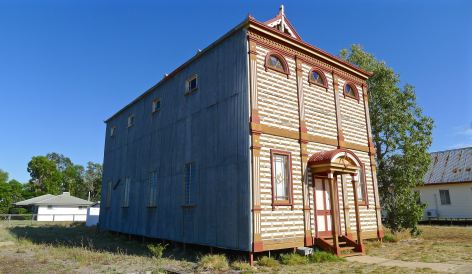 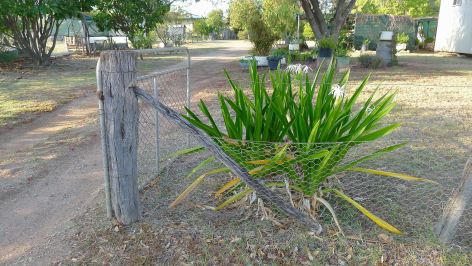 Mayor Rob Chandler (RHS), about to speak at the Botanica art exhibition 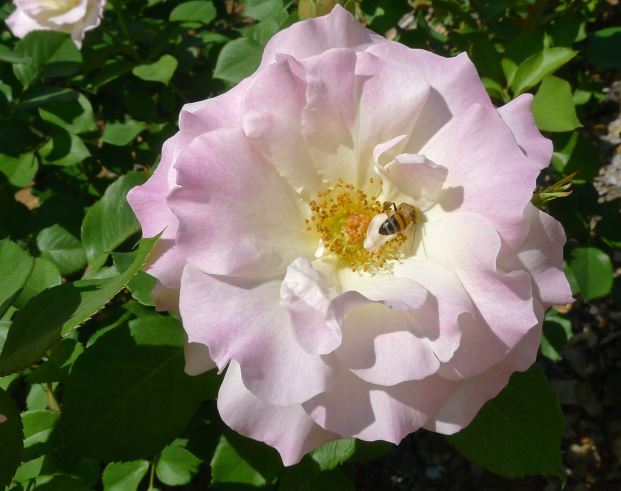 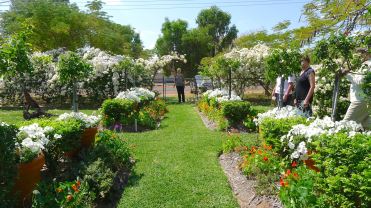 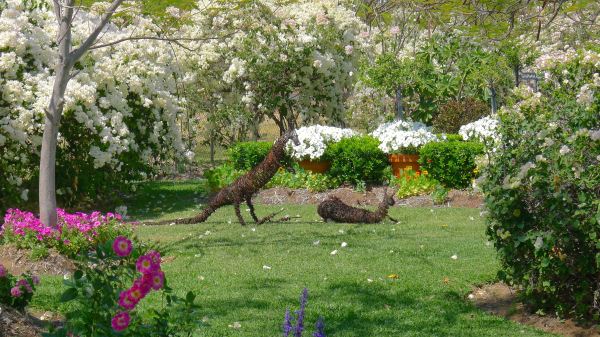 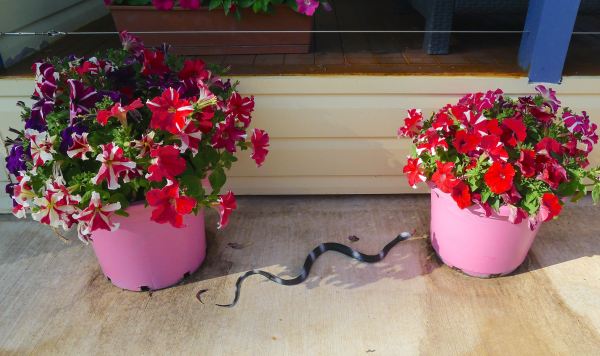 Relaunching the proposal for a regional botanical garden 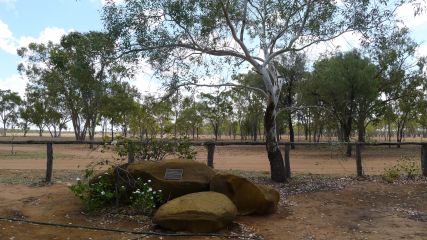 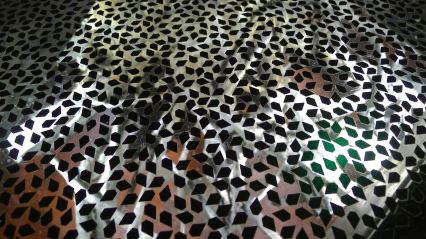 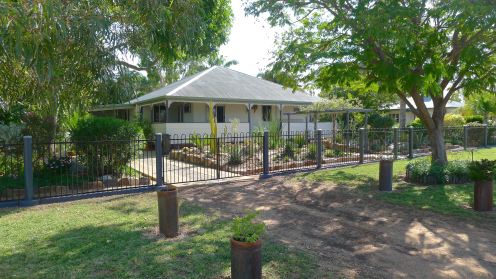 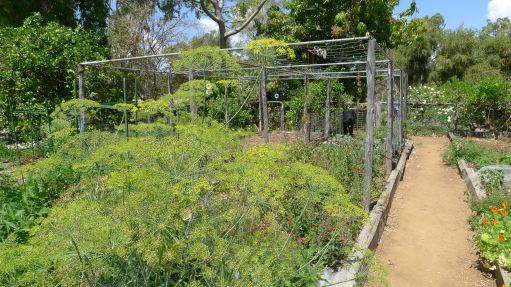 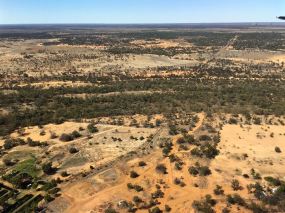 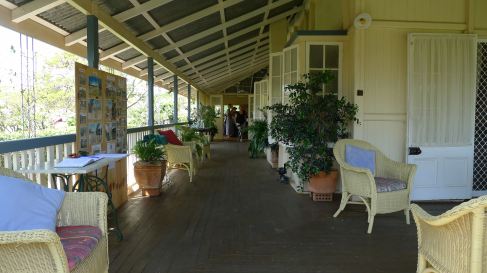 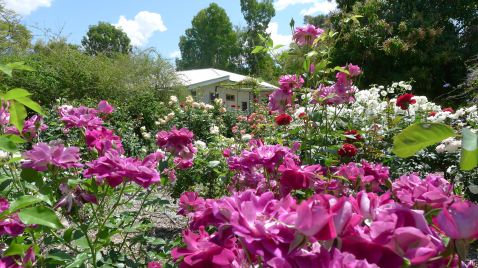 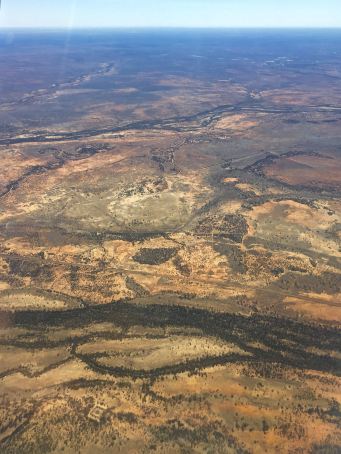 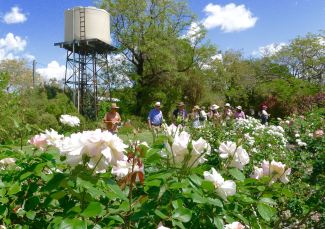 Site of Tree of Knowledge, Barcaldine, 2008 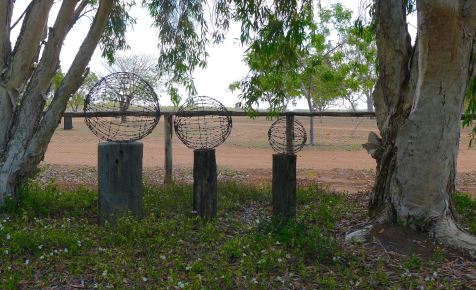 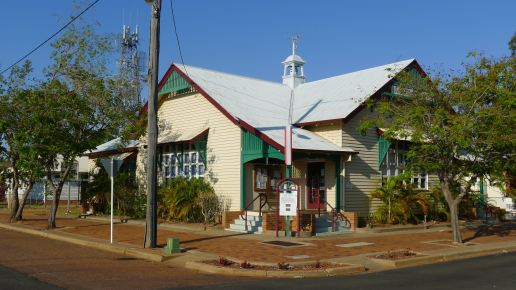 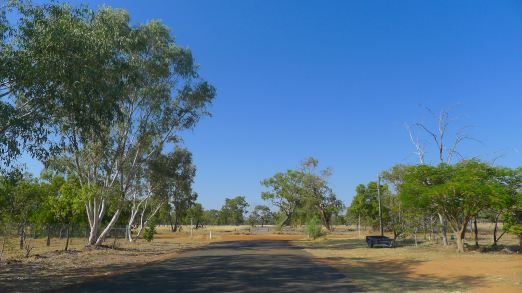 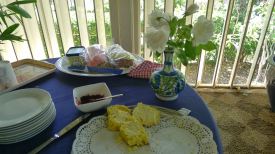 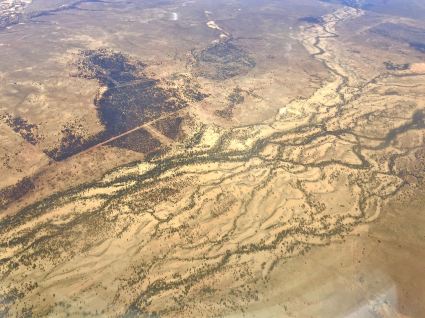 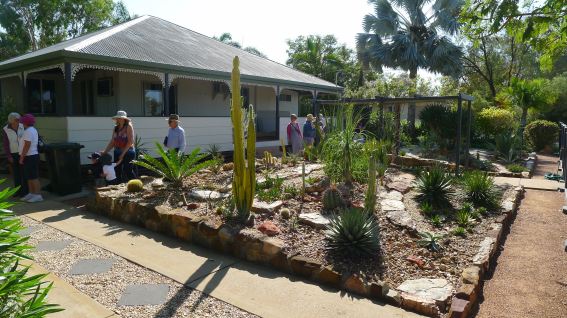 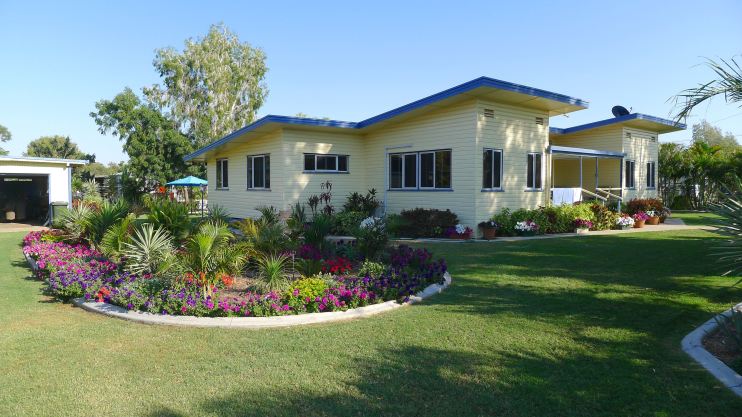